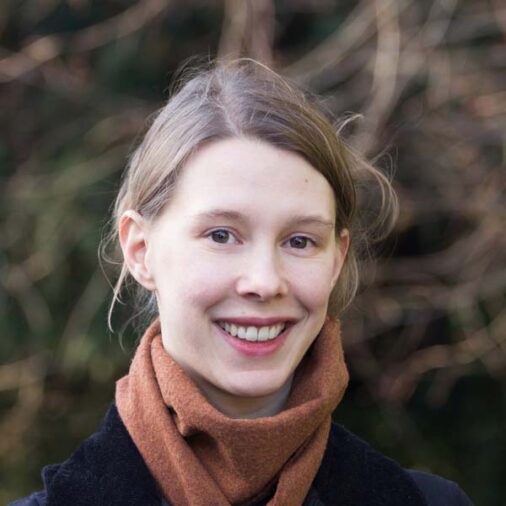 Dr. Hannah M. Strømmen is Reader in Biblical Studies. Her research focuses on the influence and impact of the Bible in contemporary culture.

She has published on the role of biblical texts in 20th and 21st century literature, society and politics. Her monograph, Biblical Animality after Jacques Derrida (Atlanta: SBL Press, 2018), looks at how biblical ideas about humans, animals and gods contribute to contemporary debates about animals and the environment.

She is currently working on a project on the use of the Bible in the European far right, and has co-authored The Claim to Christianity: Responding to the Far Right (London: SCM, 2020), with Ulrich Schmiedel.

She teaches undergraduate and postgraduate modules such as:

Hannah has presented her research at biblical studies conferences as well as interdisciplinary conferences in the UK, the US, Europe and the Islamic Republic of Iran.

She was invited to speak at an expert consultation on “Religion and Ultra-Nationalism” at the United Nations, and the Second Global Summit on “Religion, Peace and Security: Building Bridges, Fostering Inclusivity and Countering Hate Speech to Enhance the Protection of Religious Minorities, Refugees and Migrants”, organised by the United Nations Genocide Prevention office and the International Association for the Defence of Religious Liberty.

She is on the editorial board of the journals Biblical Interpretation, The Bible and Critical Theory, Political Theology, and on the Review Board of Critical Research on Religion.

She is a member of the European Association of Biblical Studies and the Society for Biblical Literature, where she is co-chair of the Deconstructive Poetics Group and on the steering committee of Reading, Theory and the Bible. She is also a member of the International Network for Experimental Philosophy and Theology.

In 2018 she was awarded a membership of the Center of Theological Inquiry, Princeton, US, where she spent the autumn semester participating in the interdisciplinary inquiry on religion and violence.

Hannah’s research concentrates on the Bible in contemporary culture.

With a background in literary studies and critical theory, she is particularly interested in the idea of the Bible as a secular (or semi-secular) artefact in cultural and political spheres, and draws on thinkers such as Jacques Derrida and Gilles Deleuze to examine the on-going legacies of biblical texts.

In a similar vein, she edited a special issue on animals in religion and literature in The Journal of Literature and Theology (2017), and contributed to a special issue in Relegere: Studies in Religion and Reception, on ‘Transforming Biblical Animals’ (2018).

In the area of Bible and literary reception, she has published on the role of the Bible in Agatha Christie’s crime fiction (The Bible in Crime Fiction and Drama, edited by Caroline Blyth and Alison Jack, 2019), and has contributed to an edited volume on Margaret Atwood and the Bible (Who Knows What We’d Make of it, if We Ever Got our Hands on it? The Bible and Margaret Atwood, edited by Rhiannon Graybill and Peter Sabo, Gorgias Press, 2020).

Working on the role of the Bible in the political sphere, Hannah has published journal articles on uses of the Bible by the contemporary far right, particularly in relation to the case of the far-right terrorism in Norway 22 July 2011. She is currently working on a monograph on the Bible in far-right discourse, and has co-authored a book with Ulrich Schmiedel (University of Edinburgh) called The Claim to Christianity: Responding to the Far Right (SCM Press, 2020).

Graeme Smith is Professor of Public Theology.  He investigates questions and issues relating to the public role of religion in society.

Faissal Hameed is Associate Lecturer for Islamic Identities at Chichester University and Field of Study Convenor and Lecturer in Islamic and Middle Eastern History and Politics at the Foundation for International Education, London.