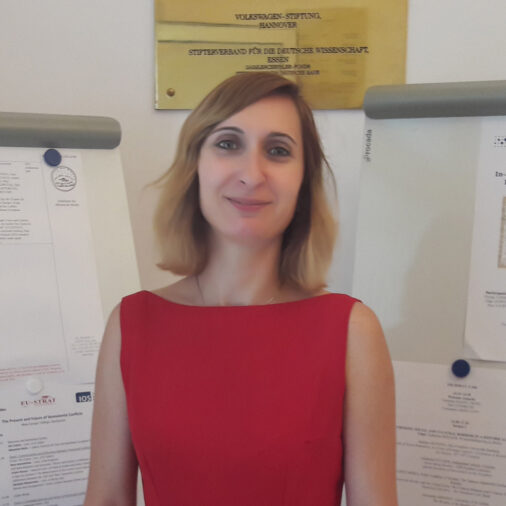 Her previous education has spanned across several disciplines in several countries. She was an inaugural Oslo Peace Scholarship holder at the Peace Research Institute Oslo (PRIO) and the Australian National University where she got an MA degree in International Relations with Peace and Conflict Studies specialisation.

During her PhD at Birmingham University, she spent a year at the University of Uppsala as part of the Visby Programme for PhD and Post-Doctoral Studies in Sweden and nine months at the Norwegian Institute of Foreign Affairs (NUPI) on the Yggdrasil–Young Guest and Doctoral Researchers’ Annual Scholarship for Investigation and Learning in Norway.

Before academia, Nino worked at the Refugee Programme of the Hungarian Helsinki Committee in Budapest and held a post of a Diplomatic Attaché at the Ministry of Foreign Affairs of Georgia.

Read the press release about Nino’s appointment at the University of Chichester.

Nino is a Fellow of the Higher Education Academy (HEA) of the UK. She has extensive teaching experience both at the undergraduate and postgraduate levels. She is also an affiliated staff at the Barcelona-based distance-learning Universitat Oberta de Catalunya.

At Chichester, Nino will be teaching on the following modules:

Nino’s primary research interests lie within the broader fields of peace and conflict studies and security studies, with a particular interest in ethnic conflicts, nationalism, and identity politics.

She does political ethnography and has conducted fieldworks in Armenia, Azerbaijan, Georgia, Moldova, and Ukraine.

She is currently engaged in two research projects:

Nino is also an Associate Editor of the Caucasus Survey (https://www.tandfonline.com/toc/rcau20/current) and provides a regular peer-review for a number of academic journals.

Reader in Contemporary History and Politics