We Lost Some of Our Own Out There: The Military 'Occupation' of the Witterings Remembered 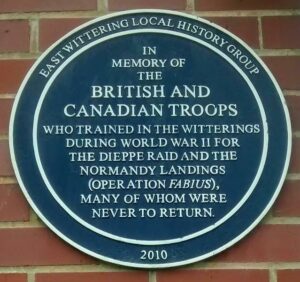 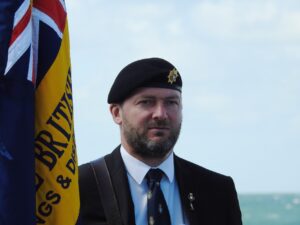 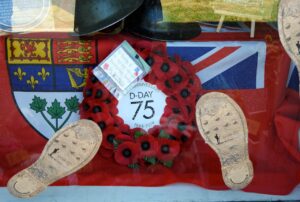 Introductory Remarks: The Canadian Occupation of the Witterings in Local Memory

By the autumn of 1944, the Witterings had already made significant progress towards restoring their former glory. The minefield clearance teams were sweeping across the beaches, the Admiralty were hastily repairing the roads destroyed by the mechanised onslaught of Fabius III, and the War Office began the lengthy process of settling outstanding claims for requisitioning and damages. The Canadians, for their part, were well on their way to liberating Calais. Even before the war had officially ended the tourists were already rekindling their love affair with the villages. Those who had abandoned their seaside residences were recorded to have been re-entering their homes as early as 1943, with the passing of the threat of invasion.1 “It felt as though everything was back to normal... Very dull” recalls Diana Young.2

After the war the tourists kept coming and the population continued to grow. In 1961, the population had increased to 1,798 and twenty years later had reached a staggering 2,605.3 In the later-half of the 20th century, the Second World War often evoked sentiments of a unified, self-sacrificing community in the popular collective memory of the locality. As communications began to cease with old Canadian friends, and as the war generation grew elderly, it became that much more important to reaffirm this narrative of a past community joint-in-arms during Britain’s ‘finest hour’.

In the 1980s, the East Wittering Local History Society was formed, and their first publication, Then & Now opened with a sad acknowledgement of the times, “during the past decade alone we have lost the old Village Hall, Diamond Cottages, and the copse to name but a few”.4 The village was undergoing another period of social and demographic change, and the subsequent local histories bemoaned the fact that “visitors have discovered the pleasure of visiting Wittering and have subsequently settled in the area, to such an extent that East Wittering has tended to lose its village atmosphere”.5

Today the Canadian presence in the village constitutes a benign episode of warmth and friendliness in the minds of most multigenerational families in the Witterings. One is almost blown away by the fond stories and reminiscences that can be drawn out of some of the elder residents at the mere mention of Canadian soldiers. In 2004 and 2009, the East Wittering Local History Group held two public exhibitions commemorating the 60th and 65th Anniversaries of D-Day respectively. The three-day events drew well over 1,000 people each time, and in response to the overwhelmingly positive reaction of the community, it was decided to publish Wittering’s War, in order to establish a “permanent record of how the Second World War affected the lives of … the people here in the Witterings”.6

Indeed, in certain respects the Canadians who were stationed in the Witterings have now become indistinguishable from those local men from East and West Wittering who lost their lives during the Second World War. In 1995, a D-Day memorial was established in West Wittering to “Mark the 50th anniversary of the D-Day Landings. It is dedicated to the Allied Armed Forces who trained in this area and who lose their lives in the liberation of Europe”, below is a separate inscription, which reads: “This memorial is given by the parish of West Wittering. Lest We Forget”.

On 4 May 2010, the East Wittering Local History Society unveiled a new memorial for the Canadian soldiers who had been stationed in the area, this time including Dieppe in its inscription. The plaque was funded by both the sales of Wittering’s War and the successful public exhibition held in 2009. The unveiling ceremony was reported to have been attended by about 50 residents, with the Royal British Legion’s Standard Bearers also taking part in the commemorative service. A former Canadian serviceman, well into his nineties by this point, undertook his own personal journey in order to be present for the ceremony. This touching example of a Canadian post-war pilgrimage to Britain is in many ways typical of the patterns reported by Colonel Stacey in his 1987 The Half Million, those of:

“Individuals returning quietly to a country where some of them spent years during the great conflict, and which many, almost reluctantly it sometimes seemed, came to respect and even to love. Subject of the same sovereign, they may not have thought of themselves as members of the same family in the early war days, but something like family feeling had asserted itself in due course”.7

When interviewed by the Chichester Observer, Keith Smith stated that:

“The ceremony was important to the members of the history group because they were here when the troops were here. Friendships between them and the soldiers formed. Over the years the local area has developed so much. The newcomers are completely unaware of what happened here”.

Here’s to the boys we know and love,
They boys who heard the call;
Who faced the odds and dare and risks,
God Bless them one and all!

You’re not forgotten by your friends,
However far you roam;
We’ll keep your Memory green – until
There stands no “House at Home!”

Your safety and your quick return
Our daily hope shall be;
So “Cheerio’s” the Greeting from
Your Home Town by the sea. 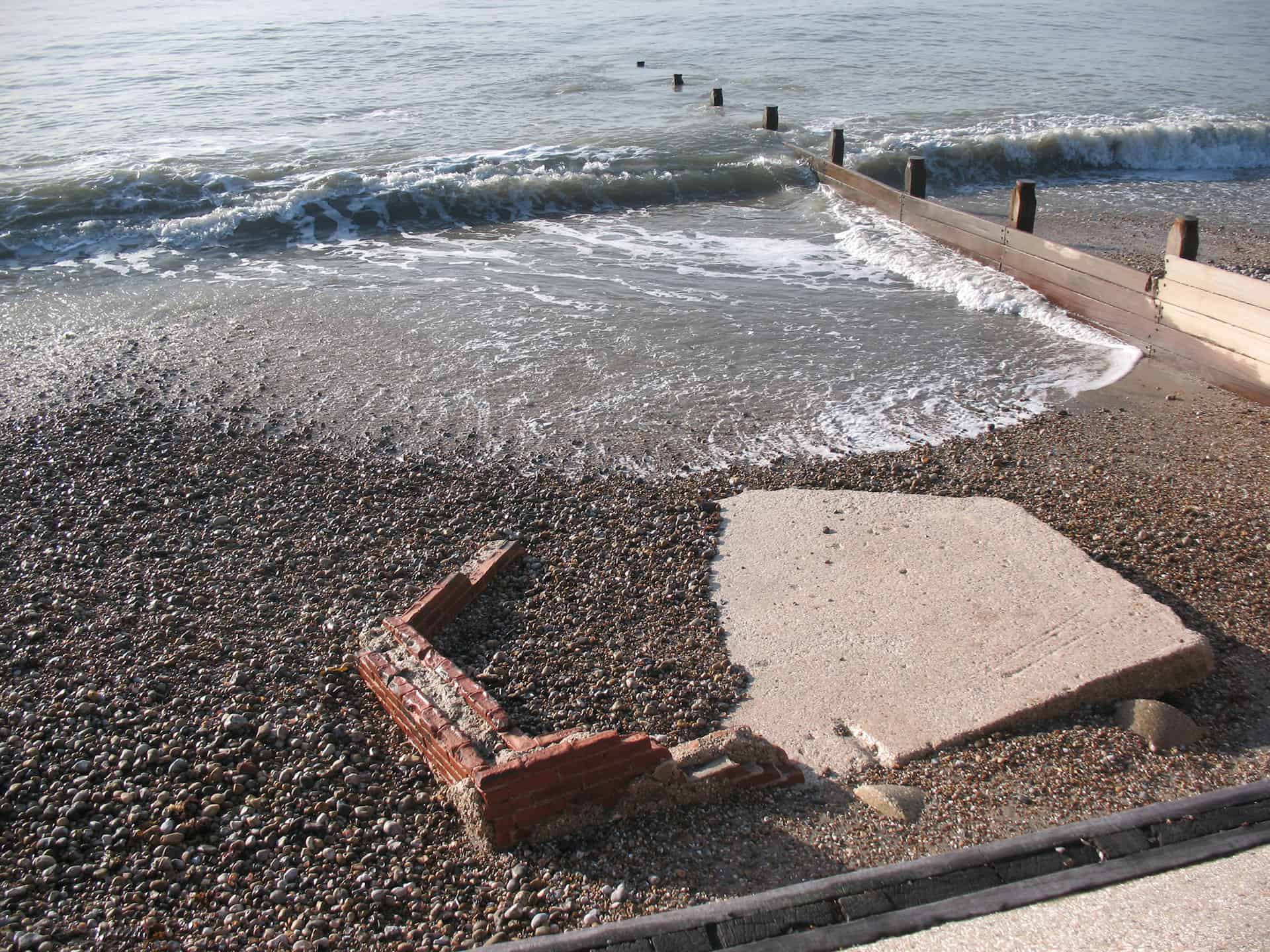 Neil Theobald: One day in August 1942 all was quiet in the village. All the Canadian soldiers were gone. We thought they were on another training exercise, as they did once in a while. But this time, it was the real thing, although we didn’t know it at the time. Our friends were part of the ill-fated invasion force which landed on the beaches of Dieppe. The raid, as we found out later, was a disaster, as it was said at the time that the German army was waiting for them and mowed them down with gun fire. Many of our friends were killed or taken prisoner.

One soldier who was taken prisoner was called David Theobald. He used to visit Miss Beaumont next door, so it was quite a coincidence about the name. I remember him coming back to see us all at the end of the war, after he was released from his P.O.W. camp, which was very kind of him.  He was very thin and under-nourished, but he was alive and that was the main thing.

It was very much a depleted Canadian army that returned to the village, but they were made very welcome. 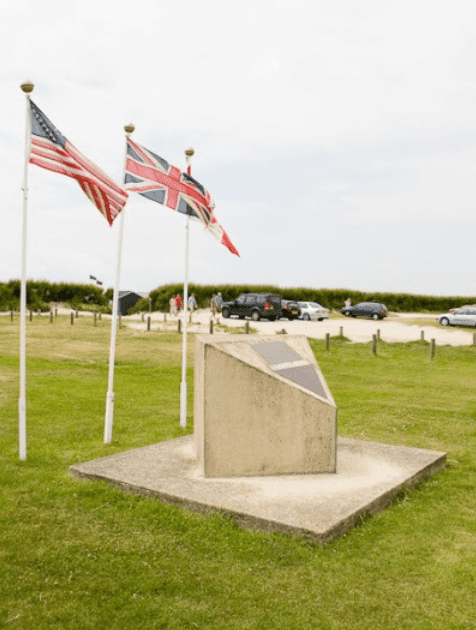 Laure Crisp: It was evident that the whole landing was a huge blunder; in fact, it was a most terrible mistake. The memory of those young Canadian soldiers killed on the beaches of Dieppe, whose company we had enjoyed in our villages, lives on. Many people living in this area, and now in their sixties, will not forget them or the price they paid. Our Canadian allies alone suffered 906 killed, captured or wounded. Together with our own British dead, the price was too high. If anything illustrates the futility of war, Dieppe does.

Transcript exerpts from an interview conducted with Mr. Ian Coombes 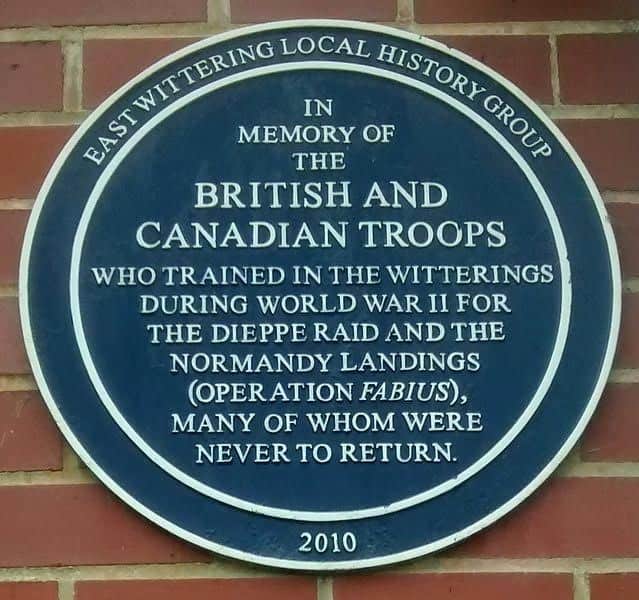 I remember the Canadians all went to the same pub and drunk with the locals. The pub was the centre of social life really. The Shore Hotel and the Royal Oak were the two big winners. The Canadians all joined in with the community. It was such a shame after Dieppe… We felt as though we had lost some of our own out there.

I remember there was a Canadian serviceman who came down for the unveiling of the History Group banner [in 2010]. The British Legion marched down with their banner to attend the service we held. The plaque was funded by selling our ‘Wittering’s War’ book and a grant from the Heritage Lottery Fund.

The plaque will still be there, long after we’re all gone. And it will become remarkable.

Transcript exerpts from an interview conducted with Mr. Laurie Crisp

One of the gang said that his dad reckoned we should celebrate our troops’ Victory in Europe by building a large bonfire. What an idea! Our enthusiasm was such that within minutes it was decided that the most humungous bonfire would be built on the waste ground opposite The Parade. Within a short time children from Russell Road, Shoreside Walk, Marine Drive, Stocks Lane and Church Road – from all over the area, appeared with any hand wheeled vehicle they could lay their hands on: prams, carts, carrier cycles, pushchairs – anything that would carry the waste that would build our fire. And we set out, armed with our dads’ best saws and our mums’ kindling choppers to collect the fuel we required.

By 8 o’clock that evening, it seemed that the whole village stood around our bonfire, which was some twenty feet high (or so it seemed!) and was lit with a huge cheer. Later we stood by the dying embers and I remember a man dressed in the uniform of an officer stepping forward and with a Verey pistol firing three red flares into the night sky, to the applause of us all.

With the last dying embers of the bonfire and the end of a most exciting day, I remember climbing the stairs to bed and halting on the landing. Through the window I could see that every household, for miles around, had its lights on – visible for the first time since 1939!