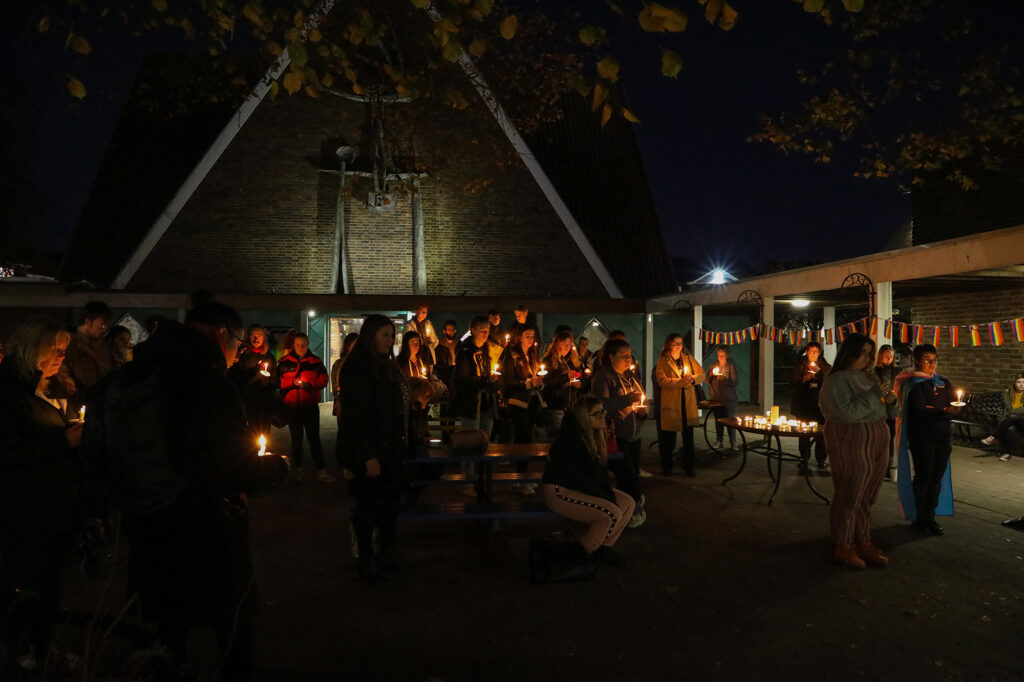 The University of Chichester held a transgender day of remembrance ceremony created by its LGBTQ+ officer Rylee Spooner.

Students and staff came together to honour the memory of transgender people whose lives were lost in acts of anti-transgender violence. The candlelit vigil saw people show support for each other and anyone in the LGBTQ+ community.

Rylee (below) said: “The data shows that there is a clear need for events such as these to bring the community together. My aim for the event was to remember those that lost their lives, not to focus on those that took them.”

Stonewall has found that, during the past 25 years, Britain has taken huge strides on the journey to equality for lesbian, gay, bi and trans people. However, it also shows that 2021 is set to be the deadliest year for trans and gender-diverse people since data started to be collection. This represents a seven per cent increase on 2020, which was up 6 per cent on 2019.

“I’m very humbled by the event,” Rylee added. “It meant a lot to see the staff supporting the event and it heightened the support we have here at the University. However, there is still more to do and I will keep working until change happens.” 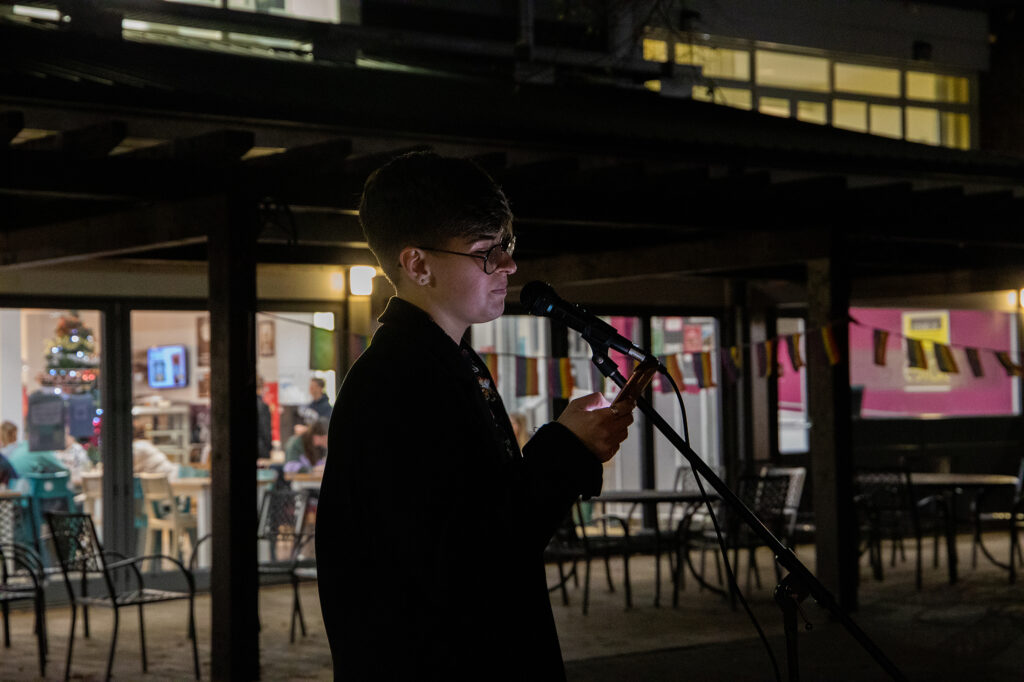 Students’ Union President Gemma Hopwood said: “The vigil was moving and heart-warming. With some scary statistics, it was extremely emotional to hear the hardship that transgender communities go through. We, the Students Union, want to be as supportive to the transgender community as we possibly can so this event was extremely eye opening for us. We look forward to future events supporting the LGBTQ+ community and to celebrating pride month in February.”

Rylee is also working closely with the Vice Chancellors group to devise a transgender-rights programme for staff and students as well as publishing an updated transgender policy. Their main aim as the LGBTQ+ officer has been to promote inclusive language such as using gender neutral language within the classroom.

“I want to encourage those, that don’t already, to understand the importance of pronouns and step away from the traditional binaries of language,” Rylee said. “By using the correct language, we can validate a person’s self.”

The event started off with a speech from Rylee outlining the issues Transgender people face and commemorating those that have lost their lives followed by a two-minute silence. 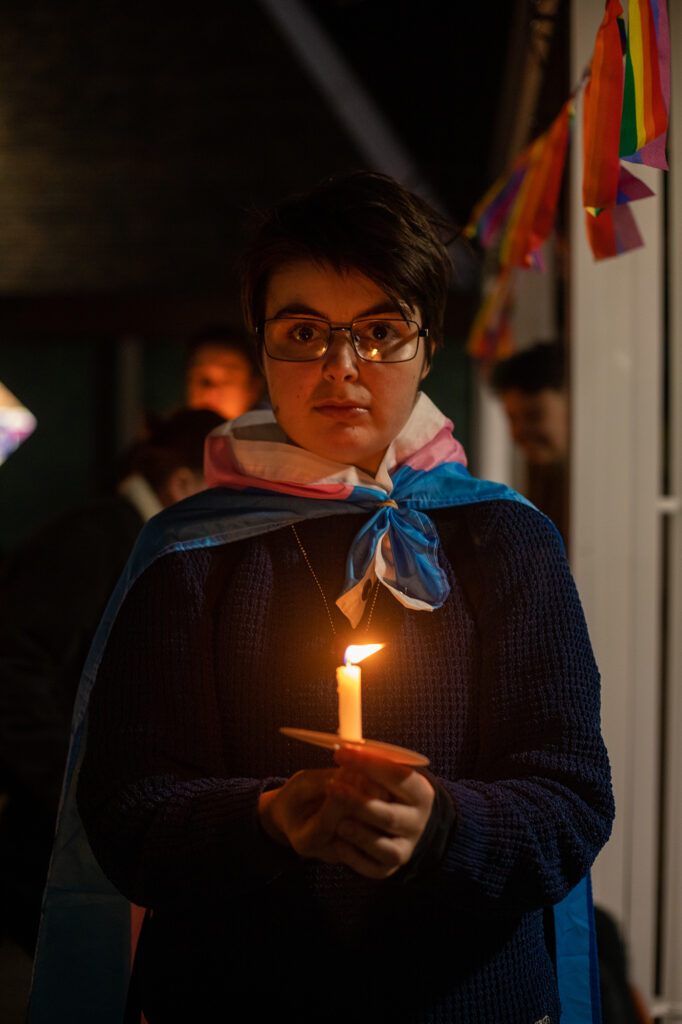 A student then read a poem he had written for the event. The emotional piece told his story of transitioning he said: “choking on the choice on whether to tell my mother, she’s lost a daughter but gained another son of hers she gets to cherish.”

Another aim is to develop the education on sexual health within the LGBTQ+ community. Rylee said: “I was touched that, upon hearing this aim, one of the University nurses reached out to learn what she could do to improve the health services for the LGBTQ+ community at the University. It’s great to see that the nurse, is dedicated to the cause and wants to make her services better for all students including LGBTQ+.”

For the future, Rylee and the University are hoping to continue hosting events and making fundamental changes to support the LGBTQ+ community. “During Pride month, in February, I hope to keep the momentum going. I want it to be educational by promoting iconic people who gave us our rights today. We should learn their names and the history they wrote.”

Find out more about the University of Chichester’s inclusive community and its history of providing an enriching experience for its students. 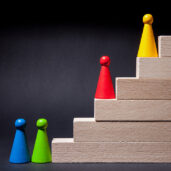