WOMEN are still underrepresented in the top jobs in international sport, a new report has found.

Research commissioned by UK Sport have uncovered a “significant” gender imbalance among the senior positions of global Olympic and Paralympic organisations.

The study by the University of Chichester, in collaboration with NTNU in Norway, also showed that women’s underrepresentation was most prolific in the highest governance roles, such as chair or president.

Co-author Dr Jordan Matthews, who lectures at Chichester, said the challenges that women face in sport governance are not new.

He added: “Athletes at the Tokyo Olympics is gradually shifting towards being gender balanced – but, off the track, women’s representation as leaders in international sport organisations remains poor despite decades-worth of efforts to address the imbalance.”

As part of the study, researchers analysed women’s representation in the leadership of 60 of the biggest sport bodies worldwide – revealing striking results.

“We need to make a stronger commitment if we want to see real progress and achieve equality,” she added. “Commitment is required across the whole organisation, and the top leaders need to be actively involved to promote gender equality and to stand behind its implementation.”

The report published a list of recommendations which will support UK Sport’s new ten-year strategy and its targets to increase women in decision-making roles across the industry.

The academic team leading the investigation also checked if the organisations had gender and governance targets, including quotas and support of women’s leadership development programmes.

Co-author Dr Matthews said it was not the prevalence of the targets that will instigate change but whether the actions are rooted across the organisation.

He added: “Gender equality in governance will only be effective if organisations demonstrate a genuine commitment and implement ambitious actions that are embedded across their culture. This will make sure that women are not just represented but have power to influence the governance of these international organisations.”

To read the UK Sport report go to www.uksport.gov.uk/our-work/international-relations/research.

For more about co-author Dr Jordan Matthews and his research on promoting women in sport leadership go to www.chi.ac.uk/staff/dr-jordan-matthews. 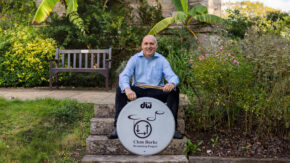 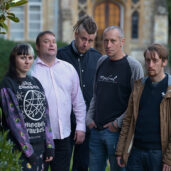 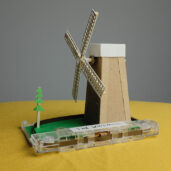